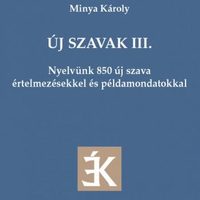 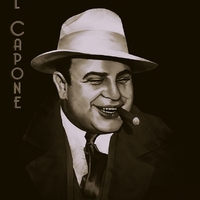 A comprehensive collection and analysis of antiproverbs

This book was published in the series Segédkönyvek a nyelvészet tanulmányozásához [Reference books for the study of linguistics] published by the Hungarian TINTA publishing house in Budapest, where it truly found its place, since – in spite of the fact that it deals with a very specific area of linguistics – it speaks to both the professional and the general audience. The book does exactly what it promises in its title: it provides a comprehensive overview of proverb alterations through numerous (up-to-date) examples from five languages. The fact that the title also contains the word ‘today’ should be emphasized, mainly because this word covers one of the main reasons why the book came into existence, and which is mentioned on its back cover: due to the hyper-fast way in which information can travel nowadays, antiproverbs are spreading as rapidly as never before. This process caught the interest of the authors to such an extent that they decided that the current situation of antiproverbs was worth describing in detail in the form of a book. I believe I can safely say that they were right. Why exactly? I hope the following few paragraphs can serve as adequate answer for this question. 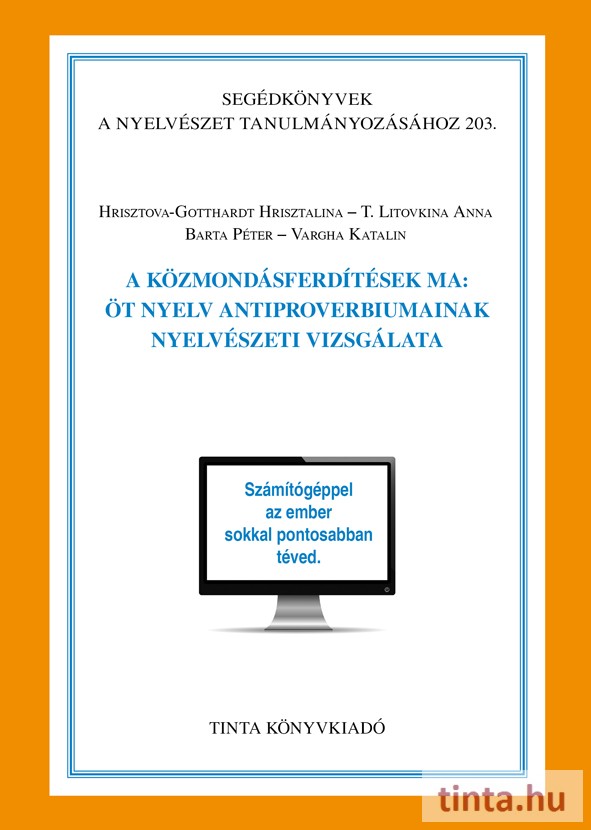 At the beginning of the book there is a brief but important introduction which is divided into four sections and which provides essential background information about the research and its terminology. It also contains a section dealing with the brief history of antiproverbs and two other ones listing the most commonly altered proverbs and the most widely spread antiproverbs respectively. The book has two major parts. The first one focuses on the formal modifications in proverbs, namely the alteration of proverbs by expansion, narrowing and change. The second part of the book deals with linguistic humor in antiproverbs, such as how wordplay, polysemy, rhyme or metaphor create humor in antiproverbs. In the conclusion of the book the authors provide an overview of the topics discussed, pointing out clear tendencies about each, as well as a section dealing with the possible directions for future research. The book ends with three sections of appendices, each one containing fascinating visual examples, out of which the one with the hedgehog (“Everyone makes mistakes,” said the hedgehog after trying to mount the hairbrush; p. 156) is particularly entertaining, mostly (but not only) because it has alternative versions in all five languages. 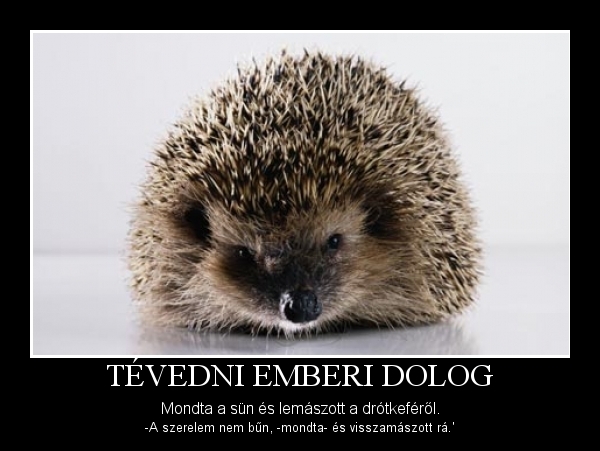 The first part of the book has four subchapters with numerous sections under each, which would be very difficult to navigate between if it were not for the very transparent, systematically arranged table of contents. There are about ten different types of alterations listed under each type of formal change of proverbs (expansion, narrowing, exchange), and there is one subchapter dedicated to proverb merging. If there is any logical connection between these alterations, the authors made sure it is visible by arranging them into sections in an order which clearly reflects this connection. For example, the first subchapter of the first part of the book deals with the expansion of proverbs, and the first five sections under this subchapter are arranged in an increasing order by the amount of the expansion in proverbs: Egy hang hozzáadása [Addition of one sound], Két vagy három hang hozzáadása [Addition of two or three sounds], Egy szó hozzáadása [Addition of one word], Egy szónál hosszabb, de egy tagmondatnál rövidebb elem hozzáadása [Addition of an element longer than a word but shorter than a clause], Egy vagy több tagmondat terjedelmű megjegyzés hozzáfűzése [Addition of a comment with a length of one or more clauses] (pp. 22–26). At the beginning of each section there is a brief but comprehensive description of the category dealt with in the given section. This is followed by the examples, which are listed starting with Hungarian (the language of the book), then English, German, French, and finally Russian. After each example, the original proverb is indicated in curly brackets, and the particular element of interest is underlined; e.g. in case of the addition of a word, the English example is “It is more blessed to give than to receive... advice. {It is more blessed to give than to receive}” (p. 23). The source of each antiproverb is listed as a footnote, the only element of the book which rather disrupts the reading flow, since – due to the high number of antiproverbs per page – they cover about one quarter to one third of the page (on every page of the book between the introduction and the conclusion). In spite of the fact that the footnotes are visually less pleasing, one can get used to (seeing) them very quickly, and for those especially interested in exploring external sources, they might serve well.

The second part of the book focuses on how linguistic humor is present in antiproverbs and it does so in two subchapters, out of which the first one (the longest in the whole book) deals with numerous aspects of wordplay in the context of (anti)proverbs. For example, there is a section about paronomasia in antiproverbs which, under the subsection Egy szó cseréje [Exchanging a word], includes the following English example: “Familiarity breeds consent. {Familiarity breeds contempt}” (p. 82). A particularly amusing subsection, Játék az idegen nyelvekkel [Playing with foreign languages] (p. 90), shows how antiproverbs are created by mixing a foreign language into a proverb, e.g. “News item: Pope rules that whale meat is fish, for fast-day purposes. One man’s meat is another man’s poisson. {One man’s meat is another man’s poison}” (p. 92). The descriptions and explanations of the different categories of how humor is present in antiproverbs at the beginnings of the sections are essential in case of the second part of the book (too), mostly due to the reason that many times without them the reader probably would get lost in the sometimes seemingly minor differences between some categories. Such is the case e.g. with linking puns, for which the English example is: “It’s better to have loved a short girl than never to have loved a tall. {It’s better to have loved and lost than never to have loved at all}” (p. 97). The description makes it clear that we can talk about linking puns (proposed by Esar [1952]) when the word-borders are replaced or when their number is changed, but not when it comes to replacing or changing whole words – those are different categories.

In the conclusion of the book, the authors point out that instead of finding explicit rules in connection to the questions they started with (e.g. What specific elements of proverbs are changed to create antiproverbs?, How many elements are changed exactly?), they were able to reveal strong tendencies (e.g. expansion occurs much more often than narrowing, in case of expanding a proverb, the most common alteration is the addition of one or more clauses). The analyses of humor in antiproverbs in the second part of the book for example revealed that different languages use mostly the same procedures in case of paronomasia: exchange of one word; exchange, addition or omission of one or more sounds; exchange of one sound with two, or vice versa. The authors, through the exact words of Wolfgang Mieder (1989), point out that during their research it became clear that (anti)proverbs are still used as effective communication tools. This is an important, but only one of the many reasons why this book can be recommended both to professionals as well as to anyone who is interested in a comprehensive collection and analysis of antiproverbs.